Bhutan is nestled in the magnificent Himalayas, known as Ambrosial Kingdom on Earth. The Last Shangri La, is an ancient empire secluded high in the Abode of the Snow Himalayas with a unique culture and traditional people with strong beliefs. Bhutan can be accessed by road from Phuntsholing, which adjoins the region of Jaigaon India, as well as by air from New Delhi, Kolkata, Kathmandu, Bangkok and Dhaka. 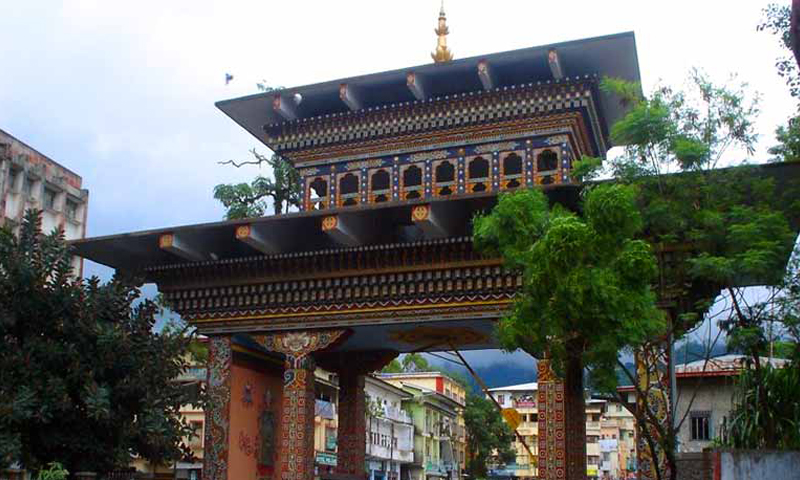 Boasting a rich amalgamation of culture, ethnicity, art and scenic beauty, the border town of Phuentsholing serves as the gateway to the ‘land of thunder dragons’ from the Indian states of West Bengal, Sikkim and Assam. Lying in the Himalayan foothills at an altitude of just 300 meters and adjacent to the sweltering town of Jaigaon in West Bengal, Phuentsholing offers tourists a glimpse into the fascinating culture, heritage and traditions of Bhutan.

Thimphu, Bhutan’s capital, occupies a valley in the country’s western interior. In addition to being the government seat, the city is known for its Buddhist sites. The massive Tashichho Dzong is a fortified monastery and government palace with gold-leaf roofs. The Memorial Chorten, a whitewashed structure with a gold spire, is a revered Buddhist shrine dedicated to Bhutan’s third king, Jigme Dorji Wangchuck. 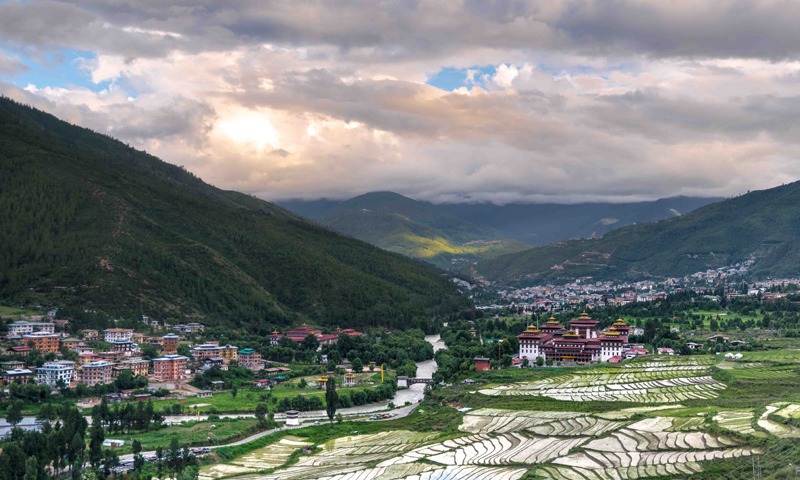 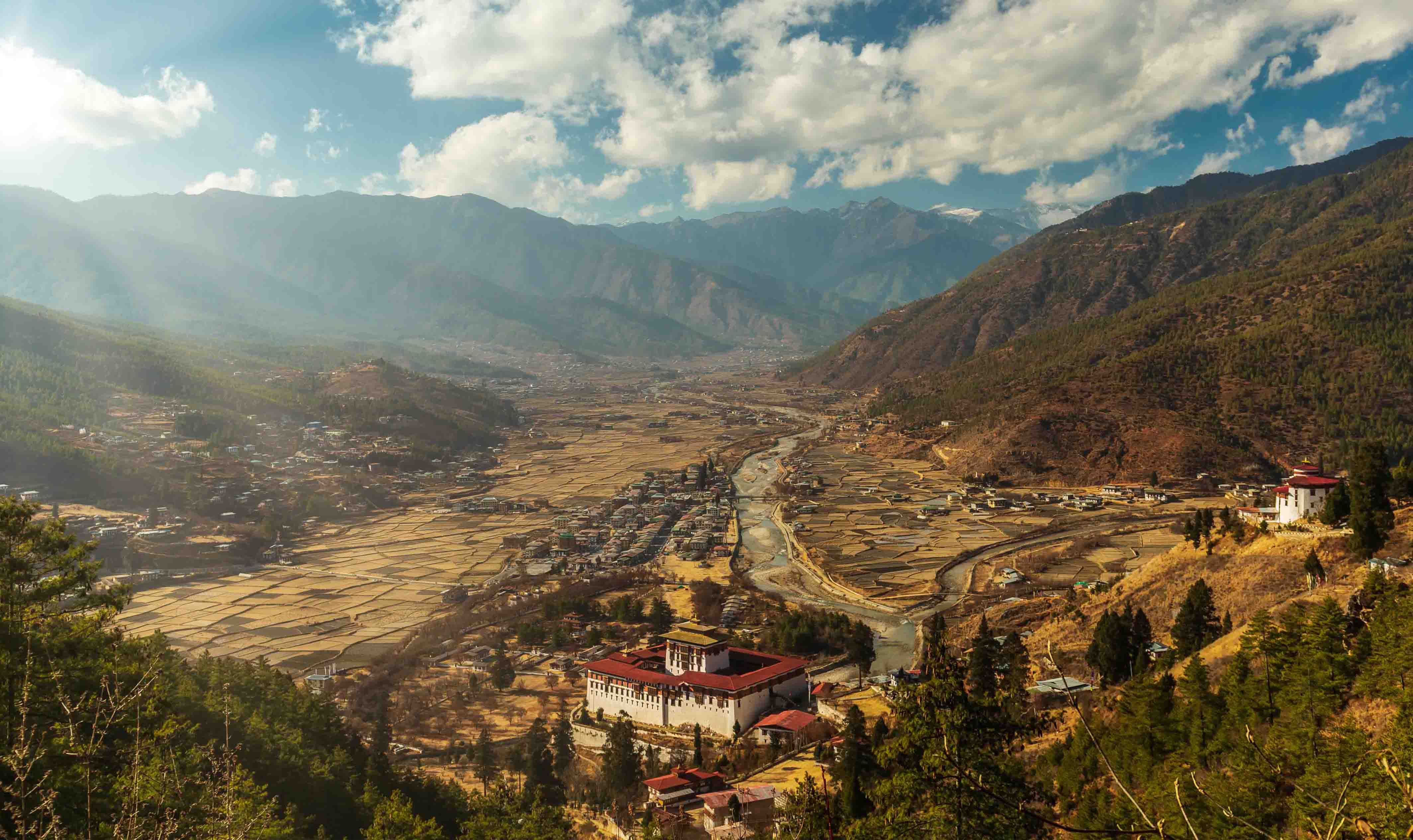 Paro valley extends from the confluence of the Paro Chhu and the Wang Chhu rivers at Chuzom up to Mt. Jomolhari at the Tibetan border to the North. This picturesque region is one of the widest valleys in the kingdom and is covered in fertile rice fields and has a beautiful, crystalline river meandering down the valley.

Haa town is known for its ancient traditions and rituals, and with its thinly populated valley region, this place gives you the tranquilizing feel like a fewer place in the ever would. Lhakhang Karpo (White temple) and Lhakhang Nagpo (Black temple) from the 7th century lie nestled in the foothills of the Meri Puensum mountains.The valley is located in close proximity to Doklam or Zhoglam – a plateau enveloped by Tibet’s Chumbi Valley to the north, Bhutan’s Haa Valley to the east and India’s Sikkim state to the west. 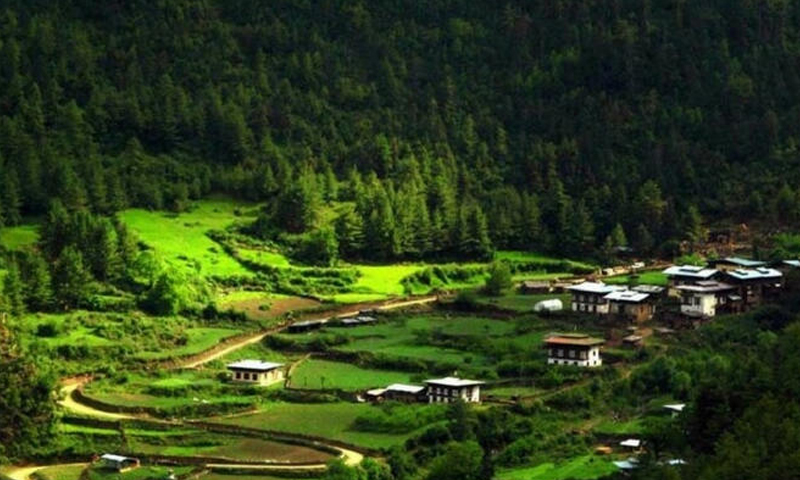 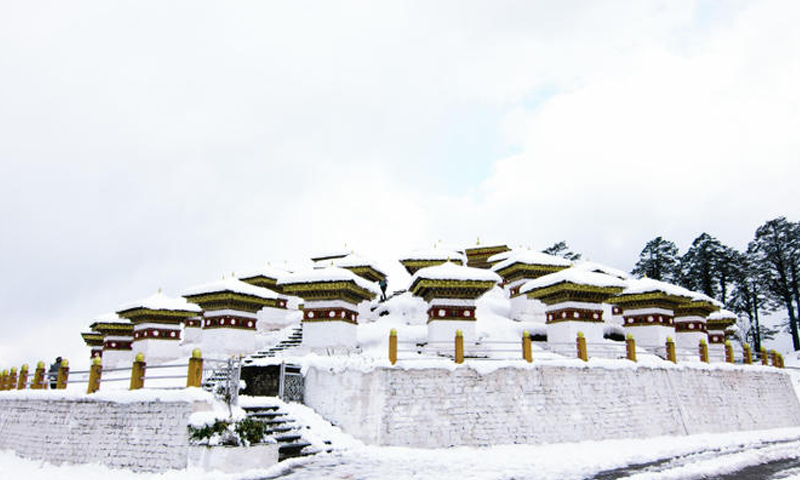 Dochula Pass is a beautiful mountain pass, which is about 20 km from Thimphu is a concentration of 108 memorial stupas known as “Druk Wangyal Chortens.” It’s not just a place of historical and religious importance, but also a popular tourist attraction that any traveler would want to witness on their journey through Bhutan. The best time to visit Dochula Pass, Bhutan is from September to February for picturesque and closer views of the snow-laden Himalayas.

It is a small monastery hung far up on a cliff overlooking a spectacular valley. It is also one of thirteen small monasteries or “tiger’s lairs” where the Guru Rinpoche or “Precious Master” also known as the “Second Buddha” of Bhutan is said to have meditated. Padmasambava was a Brahmin royal who spread Tantric Buddhism through Bhutan and Tibet in the 700s, and is seen in those areas as nearly as holy as the Buddha himself. 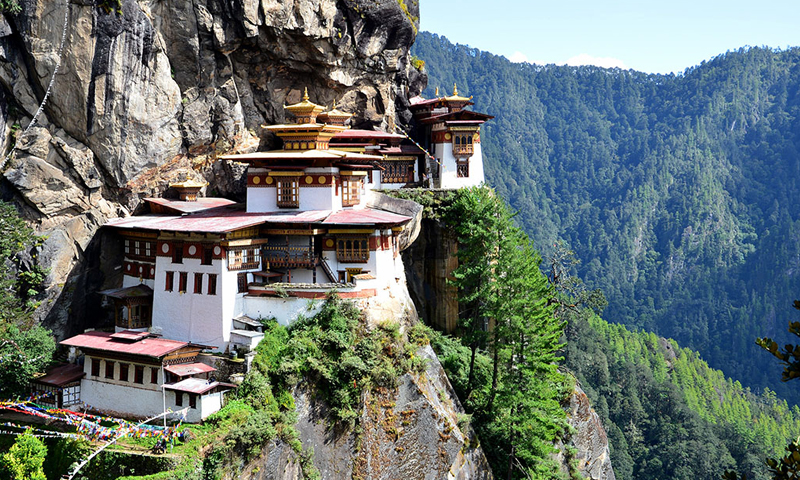 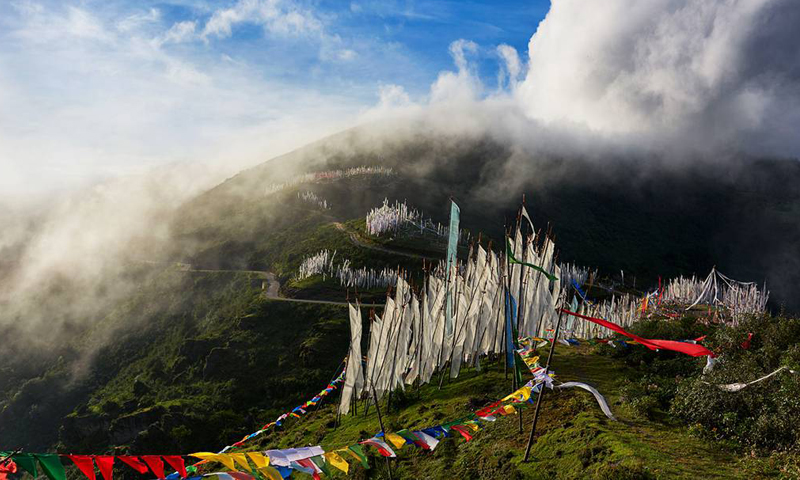 Chele La Pass at over 13,000 ft to the west above the Paro Valley is the highest road pass in the country and has amazing views of the Himalaya especially that of Mt. Jhomolari, Bhutan’s most sacred peak at over 22,000 feet. Chele La Pass is a one and a half hour drive from the valley floor in Paro. Apart from the beautiful view, the pass is also a hot spot for flora & fauna.

Bhutan welcomes everyone! There are multiple points of entry and exit into and out of Bhutan. Just take the one you prefer 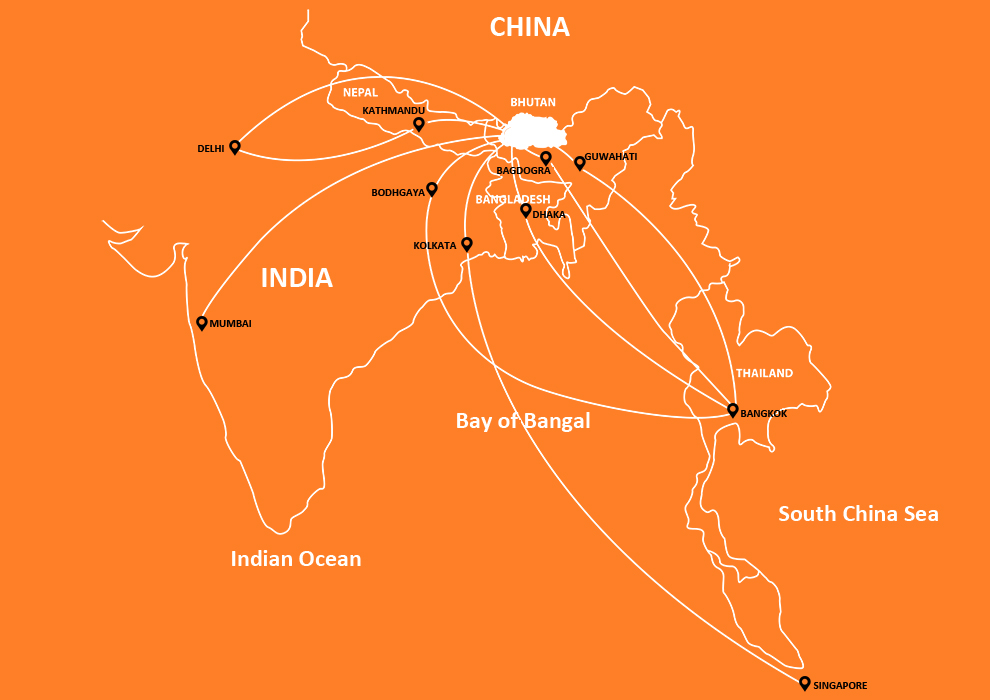 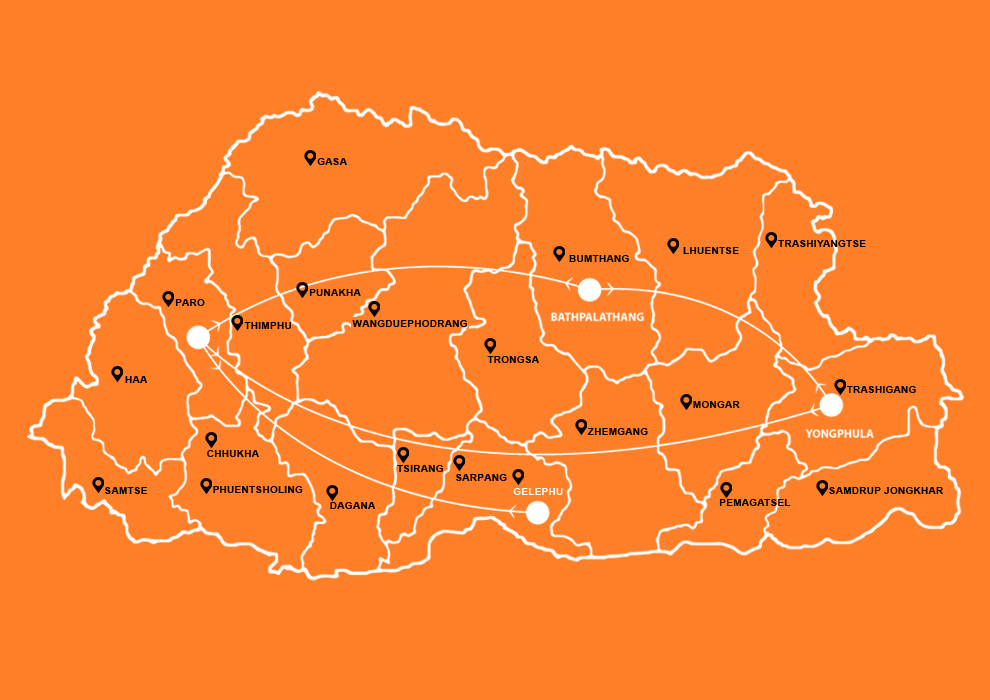 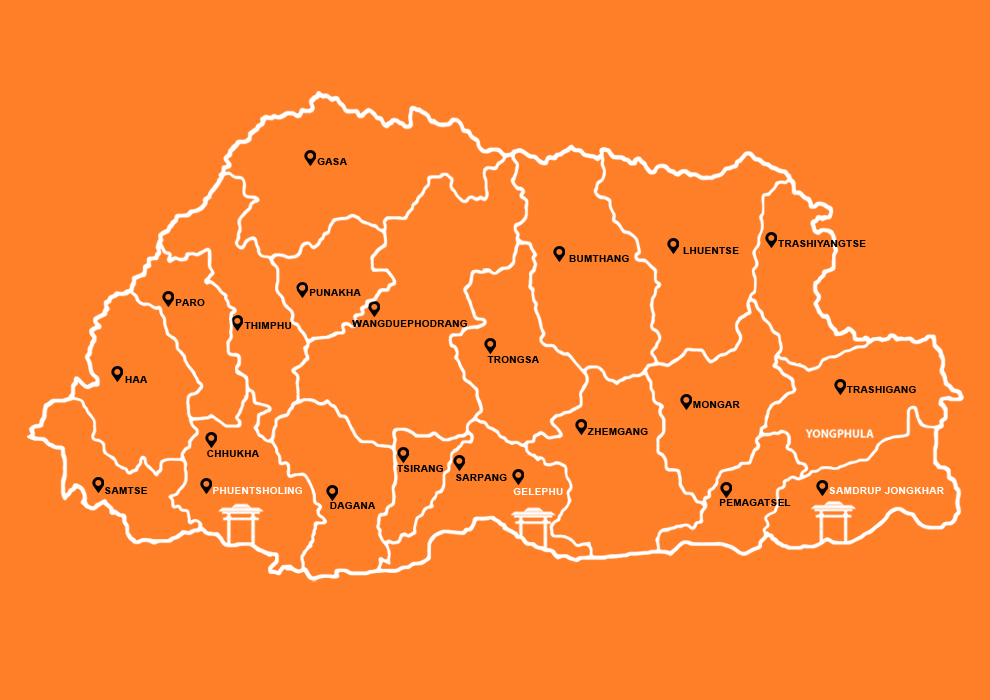 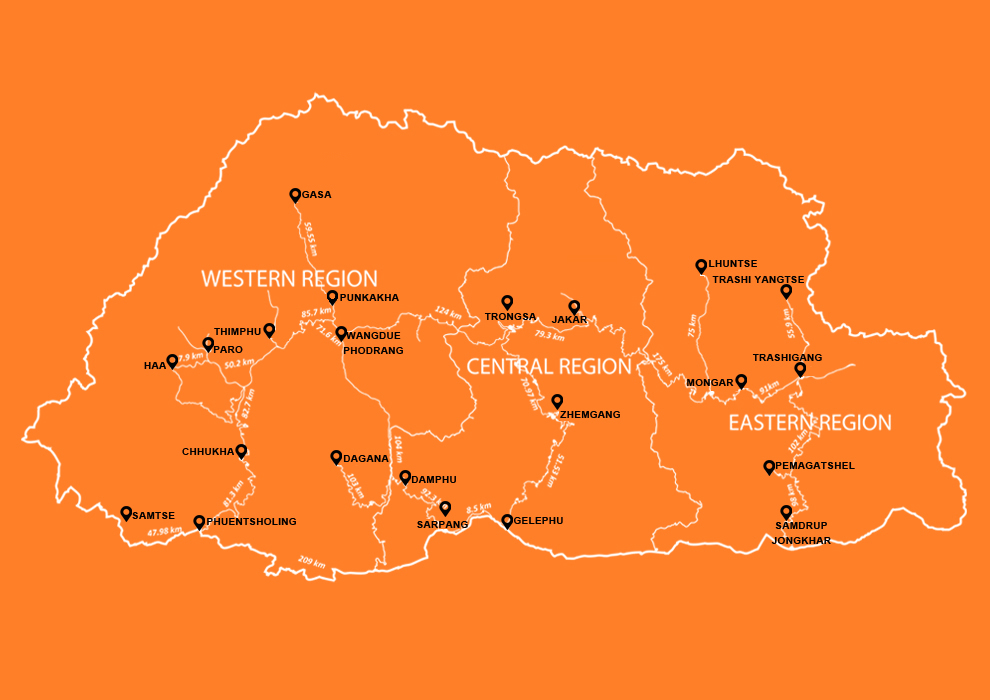